First off, life has been crazy. I have been swamped with school, so much so I am failing one of my classes and will have to retake it in the future. I'm not mad though, because honostly I wasn't ACTUALLY learning anything in that class other then on how to stay awake while I listened for 4 hours as someone read a powerpoint. In all honosty though, I do actually like the teacher, she is just not given the tools to teach the class correctly. Hey you, thinking about going to any Art Institue...turn and RUN THE OTHER WAY!

I've made two cakes in the past 3 weeks. One was 2 tiers and the second was 3 tiers, we're doing petite fours for the next two weeks...which bores me to tears. I mean really? Who eats petite fours anymore? But whatever, at least I wont have to struggle to make a cake until the final two weeks when I have to make a 6 tier cake with two other girls. They are amazing girls and we are doing a Smurf cake. We are AWESOME like that. 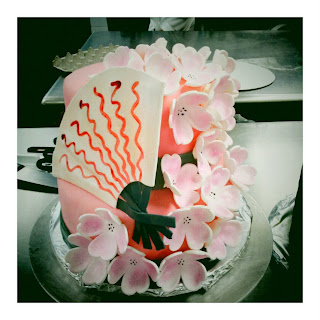 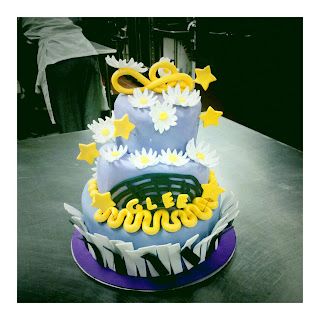 In other news we just had an earthquake here on the east coast. I'm from Alaska where there are earthquakes like this ALL the time. I had no idea what was going on at first because my cat freaked out and ran around...I tried chasing him and realized that he was freaking out due to an earthquake which he clearly has blocked out from when he lived in AK. I looked out my window and saw my neighbors running around screaming at eachother. It was random and I knew that when the Zombies rise up...I will not be looking to them for ANY sort of help. But what really gets me is the people I know in Alaska and people on the west coast getting so annoyed at the east coast for freaking out. I mean really people? 5.8 is no small earthquake when you don't have buildings that are made to move with the waves of the quake. If it had been worse there could have been serious problems because the east coast has no idea how to deal with an earthquake. So, I'm a little pissed off at people for making fun of the east coast. Yes, most people did over-react, but if it were worse and people were hurt and buildings had fallen...I wonder what they would have said then. So give them a break. Hope that no epic quake is on its way, and stop whining at them for whining.

Besides that I have nothing much more to say. Crazy, Stupid Love is AWESOME. Go see it. That is all.
Posted by Lesley at 7:23 PM
Email ThisBlogThis!Share to TwitterShare to FacebookShare to Pinterest
Labels: Cakes, crazy, earthquake, east coast, glee cake, love, stupid, west coast, whining, zombies